EL is NOT the CREATOR! 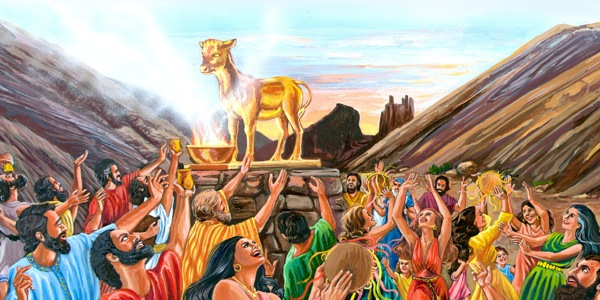 EL in the Bible is a pagan term. The KJV uses Elohim as do many other Bibles. EL was the given name of the chief deity of the ancient Canaanites.

The Canaanites were the peoples who were settled in the area which was promised to Abraham and his decedents, which we now recognize as the area of Palestine and Israel. It is historically evident and cannot be argued that this early civilization did in fact worship a deity called "EL" and their pantheon of gods collectively known as "Elohim" (The plural form of EL), a pagan GOD. El was known as the supreme god of the Canaanites in the mythology of the ancient Near East. He was the father of gods and men and the creator deity. He is sometimes depicted as a bull and known for his tremendous power and strength.

Both Baʿal and El were associated with the bull in Ugaritic texts https://en.wikipedia.org/wiki/Baal Psalms 81:9 (OJB) There shall be no EL Zar (Strange, foreign g-d) be among thee; neither shalt thou worship any EL nechar (foreign g-d). pg.615 Orthodox Jewish Bible Ahâyâh’s commandment not to worship hinder gods(Elohim---Deuteronomy 30:17 -19), only 100 years later the Holy Scriptures became polluted with the pagan titles Elohim, Adonai, God, and Lord! At the time, the use of these pagan terms was accepted, and used, by the copyists, to replace Ahâyâh’s Name, or to identify Him in their writing .However, these pagan words cannot identify Ahâyâh our creator, because they are TITLES of Satan and her angels! Unger's bible Dictionary, Page 67, states that the word EL denotes either “God” or “a god.”n(In the Ugaritic literature El refers to the chief god of the Canaanite pantheon, the father of Baal). El is a Canaanite word meaning "God", or "Devil". Ēl is called again and again Tôru ‘Ēl ("Bull Ēl" or "the bull god"). https://en.wikipedia.org/wiki/El_(deity) We are to stay away from the Bull, Ba'al There is EL ELYON, in the Bible for the Father H5945a elyon in the NAS concordance says pg.1574; high, upper, exalted, heap of ruins! The YABS uses Ishi-Elyon, while still not perfect it at least addresses the Father. The Stolen Canaanite Gods of Hebrews/Israelites: EL, Baal, Asherah https://www.youtube.com/watch?v=ADikz5rAjJU In ancient mythology, the most popular goddesses “came to earth in a ball of fire.” Meteorites were sacred and honored for their perceived relationship to the arrival of the goddess. The ancient Nabataeans (who disappeared in the first century BCE near Emesa (Syria)) and the ancient Emesans (who suddenly appeared in the first century BCE near Emesa) revered a "Sacred Black Stone" they called El Gabal (El=God; Gabal=Mountain). El was the supreme god, father of humankind, and creator of all creatures on earth. The word El was found in the ruins of the Royal Library of the Ebla civilization in the archaeological site of Tell Mardikh (Syria) and dated to c. 2300 BCE. Tablets found in excavations at Ugarit (written c. 1300-1200 BCE) named El’s wife; she was the Goddess Asherah (Hebrew אשרה - ASHRH). Asherah was a major Semitic mother goddess who was worshipped in ancient Israel as the consort of El and in Judah as the consort of Yahweh. Of course this was some time before YHVH was transformed to a male-only deity. (See: http://en.wikipedia.org/wiki/Asherah and http://www.orderwhitemoon.org/goddess/Asherah.html) For the name of God, Yahweh (YHWH) to become "I AM" (AHYH) requires a very minor change of Hebrew letters. This scripture uses Ishi for EL and Ahâyâh instead of Yahweh (YHWH). The second edition uses Ah-Yasha for Ishi which is the Paleo Hebrew equivalence. The Father and the Son both have the SAME NAME fulfilling John 5:43

EL or Elohim is NOT the name of the Creator! 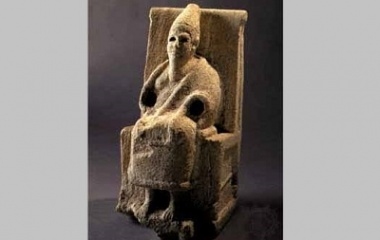