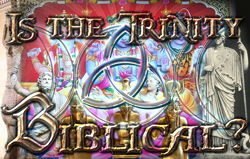 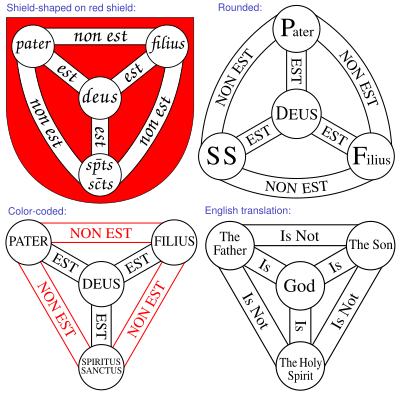 Trinity in the Bible is a pagan term. Trinity is a "False Likeness" an idol image (Deuteronomy 4:16) and is not found in the Bible, but echâd is found in Deuteronomy 6:4

Deus=Jupiter Zeus= Jesus there was no "J" 500years ago!

Most every church in the neighborhoods teach this but the word Trinity/Triad is not found in the Holy Scriptures anywhere, it is a deception made by a man and SATAN!

Trinity is found in Egyptian book of the dead!

It was Tertullian whom invented Trinity, who wrote in Liber De Pallio.

Tertullian is perhaps most notorious for being the oldest extant Latin writer to use the term Trinity (Latin, trinitas) However, unlike many Church fathers, he was never canonized by the Catholic Church as several of his later teachings directly contradicted the actions and teachings of the apostles. His trinity formulation was considered heresy by the Church during his lifetime, however, it was later accepted as doctrine at the council of Nicea in 325AD.

1 Timothy 1:19 Holding faith, and a good conscience; which some having put away concerning faith have made shipwreck:

Shipwreck thats why the trinity folk are burying an anchor! Trinity is false, it is an echad (Deuteronomy 6:4) for Oneness United. 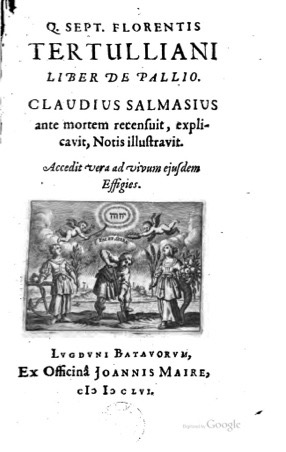